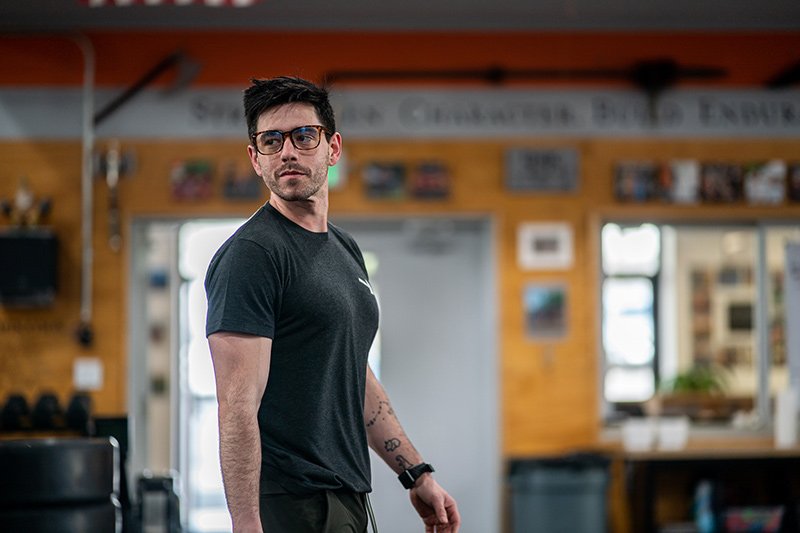 Brandon grew up in Mobile AL, where the interest in athletics and performance was sparked in sports ranging from gymnastics to football and everything in between. After finishing high school, Brandon attended South Alabama, the Gulf Coast Culinary Institute, and UAB where he studied culinary arts, nutrition, environmental health, and literature/linguistics. After graduation he moved to NYC to pursue his career as a chef in some of the best restaurants in the city.

After moving to Birmingham to be closer to family, Brandon started looking for a change of pace professionally and ended up back in sports, coaching competitive gymnastics and running the gym’s strength and conditioning program. Looking for a change to his own training he walked into Forge as a free trial almost 8 years ago and fell in love with CrossFit, the community, and the everyday challenge. Deciding to pursue coaching in group fitness as his profession alongside gymnastics, Brandon has worked at a handful of gyms locally and is now back where it all started!

Currently Brandon has begun competing and training as a 73k weightlifter, where he is nationally ranked. He is also pursuing his 200hr yoga teacher training, and ACE personal training certifications.

When he is not coaching, his free time is spent training, studying, spending time with family, and playing baseball with his son Ezra.