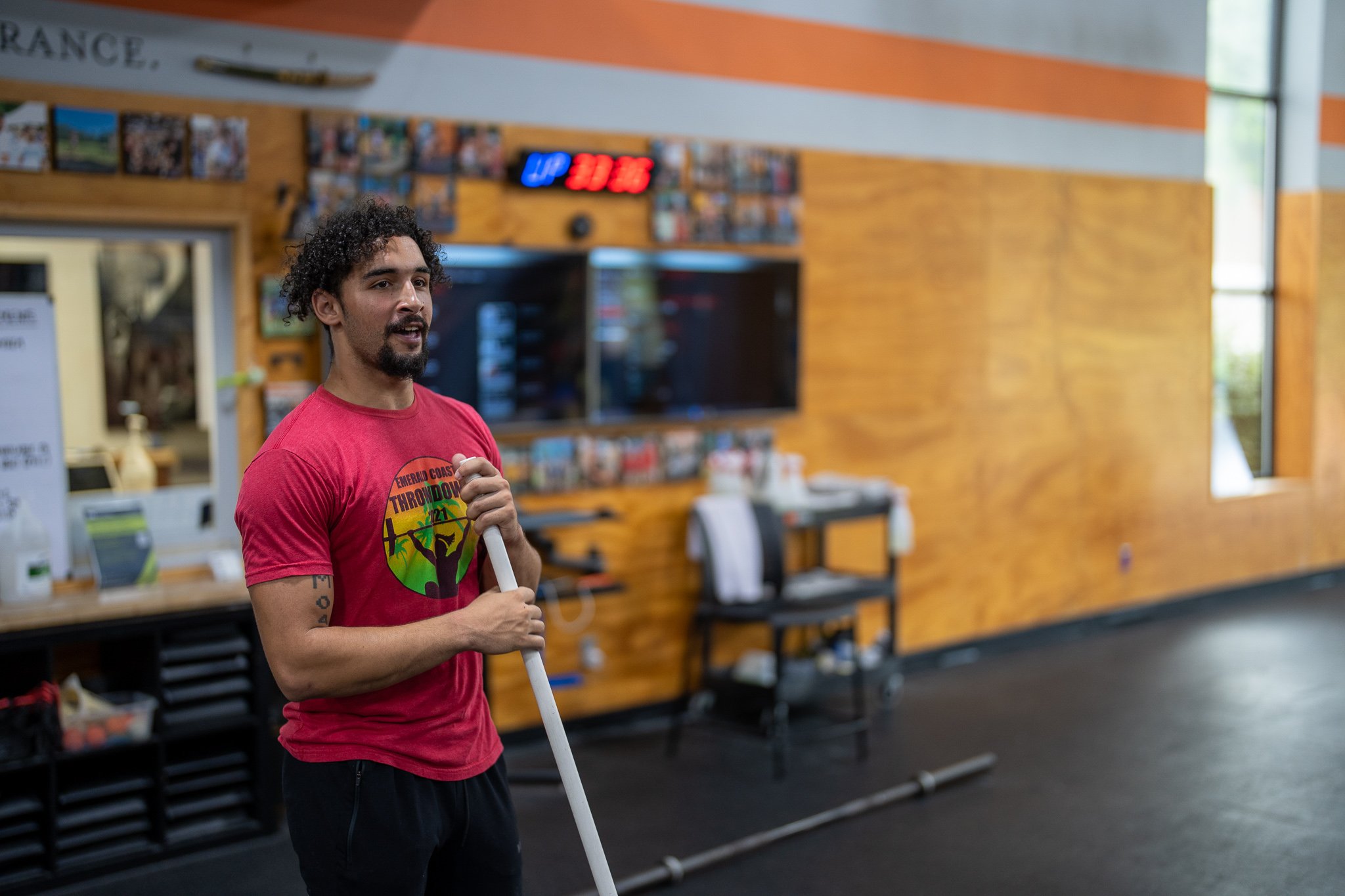 D’Marcus Purcell, the young blood of the crew, 21 years young came to Forge from a little town called Crestview, Florida. Growing up Marcus has always been around the CrossFit world, his dad owns an affiliate back home in Crestview, but Basketball was his first love. Marcus grew up playing ball and played basketball in college for 3 years . One Year at Samford university and then 2 years at Lawson state community College. Although Marcus doesn’t hit the courts anymore, he is still in school working on getting his degree and plans to be finished by the end of this year! Marcus is now in pursuit of a professional CrossFit career and plans to become a career CrossFit coach. Marcus now calls Forge his home and the members’ family!