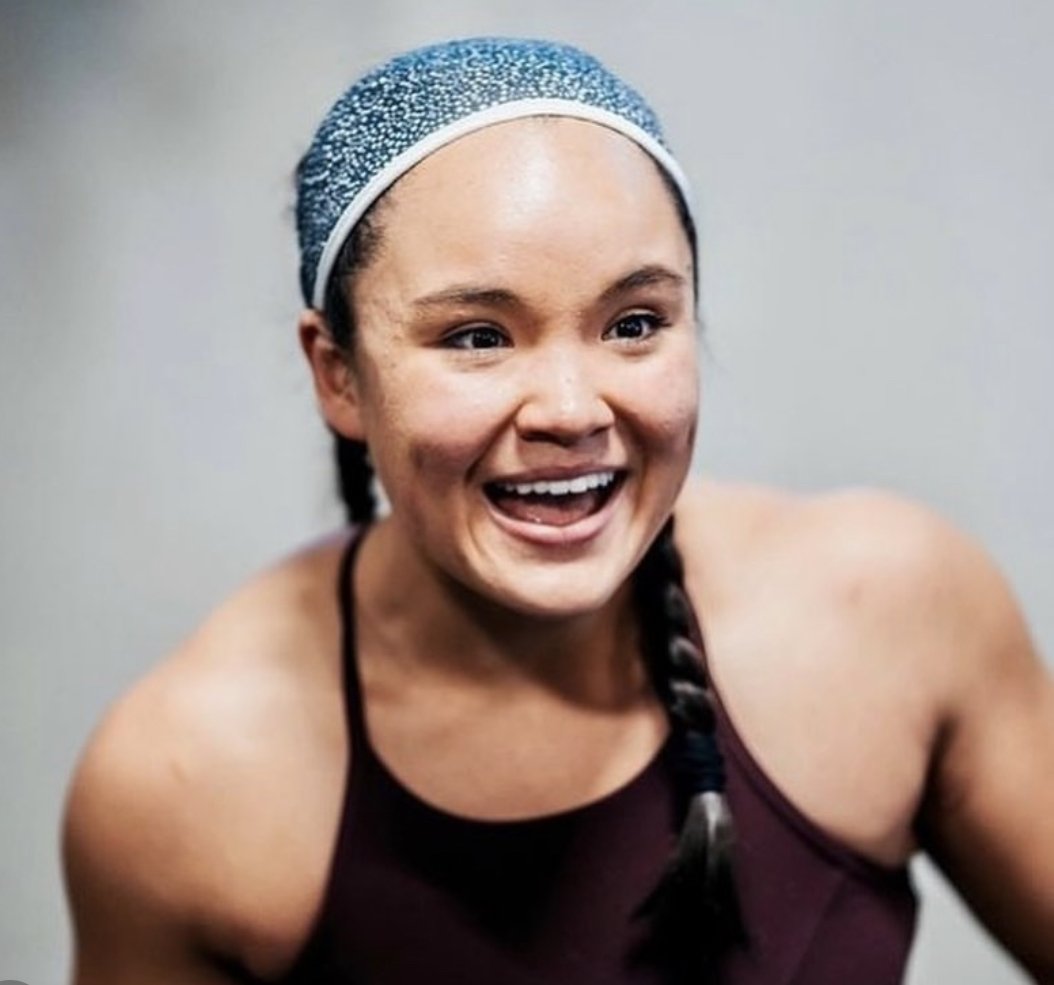 Kat’s fitness journey started relatively young. She began competitively swimming at the age of 5 and didn’t turn that off until she graduated high school. Kat played a smattering of other sports early on including ballet, gymnastics, figure skating, cross country, and a short stint in pole vaulting. Prior to beginning CrossFit in 2016, she had undergone hip surgery and her therapy was lacking to say the least. She was weaker than ever. She began lifting at the YMCA to rehab herself and met some incredible people who introduced her to Olympic lifting. That was her first love. CrossFit came shortly thereafter. Not long after beginning Crossfit, her decades of swimming, instability caught up to her and she suffered an accident with her shoulder. She went to see another physical therapist following this surgery and ultimately, it was these people who convinced her to try to pursue a career in physical therapy. She obtained her CrossFit Level One certificate in 2018 and began coaching back home in Birmingham. She would drive back from Auburn every single weekend and coach because she loved it so much. She graduated from Auburn University in 2019 with her Bachelors in exercise science and she will graduate as a Doctor of Physical Therapy in December of 2022.

Her time as both a coach and as a clinical student has made her more and more passionate over the years on the concept of fitness and physical capability over a lifespan. In her Level 1 years ago, she was introduced to a quote by Greg Glassman, founder of CrossFit, in which he stated “our needs differ in degree and not kind” and she takes this to heart in both coaching and clinical practice. From the athlete who wants to make it big time, to the grandmother who just wants to be able to get on and off of the floor to play with their grandchild, there is a common thread. They both need to be able to perform human movement like pushing, pulling, hinging, squatting… Just not to the same degree and maybe not the same kind.

Over the years and surgeries, Kat has had to leave the Crossfit space and branched into weightlifting and bodybuilding but she never once left the community. From the in and out routine and discipline of every day classes to the unparalleled intensity and camaraderie of competition, Kat says “this is my favorite space to be in.”